The Testimony of The Prophetic Scribe

This is the testimony of The Prophetic Scribe. This is a testament of what God will do, if you seek Him with all of your heart, obey His word, and respond to His call. 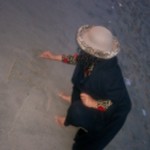 Arletia Mayfield was born and raised in the San Francisco Bay Area. She began writing letters to God at the age of 7 out of frustration and a feeling of helplessness. This is how her personal relationship with Christ began.

Arletia is the daughter of a Pentecostal preacher who died for the faith. She grew up in the church, but like many “preacher kids (pk’s)”, she strayed as she got older, misusing her gifts for the world and not God. But, her church roots ran deep.

THE CALL
In 1997, The Lord called Arletia out of Beverly Hills, California where she was working for the Playboy Television empire, to the Mohave desert to a city known as, “Sin City”. It seemed like a lateral move. From one sinful place to another until the Lord revealed His plan to make her a minister. That made her laugh. There was so much the Lord would have to change about her to make her a minister. Nevertheless, she moved to Las Vegas, Nevada out of obedience to God. This is where God gave her a new name. He called her The Prophetic Scribe and then began to show her in His word, and through revelations and divine appointments what it meant.

THE BIRTH OF A MINISTRY
The book, For the Love of God, was the turning point toward Arletia’s destiny and divine purpose in God. When God asked Arletia to compile her letters, poems and journal entries and assemble them into a book, she did. Then, she gave the book away to people in need of encouragement. Some people made donations, but many more were blessed by the gift, which was the true purpose for the book.

THE PROPHETIC SCRIBE WRITERS FORUM
In the process of listening and obeying God, Arletia received instruction from God to “unlock” the stories hidden deep in the heart of His people (Revelation 12:11).
So, she began conducting workshops called The Prophetic Scribe Writer’s Forum where Christian writers gathered to discuss how to bring about healing and deliverance through the power of the Testimony of Christ as He works in and through the lives of believers.

THE BOOK
God will not begin a good work and not complete it. One of the Writers Forum participants was motivated to start a publishing company and volunteered to publish the little handmade book, For the Love of God.

THE PHOTO
Members of the Writer’s Forum scheduled a road trip for the photo shoot in the Pacific Palisades beach area of the Pacific Coast Highway. The photo on the front cover of the book is an untouched photo of Arletia’s hand writing in the sand with a beam of light (the finger of God) writing in front of hers. It was the ultimate confirmation that she was God’s prophetic scribe selected by God to write what “thus saith the Lord”. When she saw the photo, she knew immediately that it was the cover for the book.

THE CD
The Writers Forum began as a class, but quickly moved to the media when the Pastor purchased a radio station. One of the Writers Forum members even sponsored the show that led to friendship with a nationally recognized musician. This alliance led to the production of a CD of poetry and scripture to smooth jazz music by Larry White (Unsolicited Material album), who graciously offered permission to use His entire album for the purpose of spreading the gospel of Jesus Christ.

GROWING IN MINISTRY
After that, God made a divine appointment for Arletia to grow in her prophetic writing gift. She was introduced to Voices of Christ Literary Ministries International where she studied under the leadership of Prophetess Theresa Harvard-Johnson and received certification to teach The Scribal Anointing from the School of the Scribes.  She served as West Coast Director of this organization from 2006-2010.

TODAY
The vision hasn’t changed, but has evolved and been refined. This happened when she separated herself from other ministries so she could hear clearly from God about the direction He wanted her to pursue. God promised her a holy husband, and she was ready to receive him.  She had been prepared by the master to be the perfect help mate for this particular man.  He was spirit-filled and owned a Global Christian Television Network called trueGOD.tv. Together they promote the Gospel of Jesus Christ around the world through media and God is expanding their territory.

This is the testimony of The Prophetic Scribe. This is a testament of what God will do, if you seek Him with all of your heart, obey His word, and respond to His call.

Arletia Mayfield is called The Prophetic Scribe because she writes under the direction of the Holy Spirit.  She is an ordained minister and Bible teacher. She is an author and the publisher of TPS Publications providing resources and tools to creatively share the Good News of the Gospel of the Jesus Christ.

Family photos are more than just a picture; they are a representation of the memories, milestones, and stories that make up your family history. The Prophetic Scribe

Writing a eulogy can be an emotional experience, but it is an important part of honoring and remembering a loved one. Here are some tips to help you write a meaningful eulogy:

The Art of Storytelling

The art of storytelling is about more than just writing or speaking a story. It’s about creating a vivid and immersive experience for the audience. The Prophetic Scribe

If the thought of writing an autobiography is overwhelming, consider writing a memoir instead.

Thank you for visiting The Prophetic Scribe Magazine.  We hope you are inspired by something here. Please bookmark this site, visit us again and tell your friends about this ministry/ business.

Your product purchases help support the ministry of The Prophetic Scribe. In addition, as affiliates, we may receive a small commission when you shop through links on this page.  There is no additional cost to you. It just helps us a little with the expenses involved in making this content available to you.

We also accept non-tax deductible donations for those of you who were blessed by something here or just want to  support the literary arts.  A portion of all donations and income are paid forward to help support charitable organizations.

We appreciate any support that you are willing to give.  We thank you in advance for blessing us.